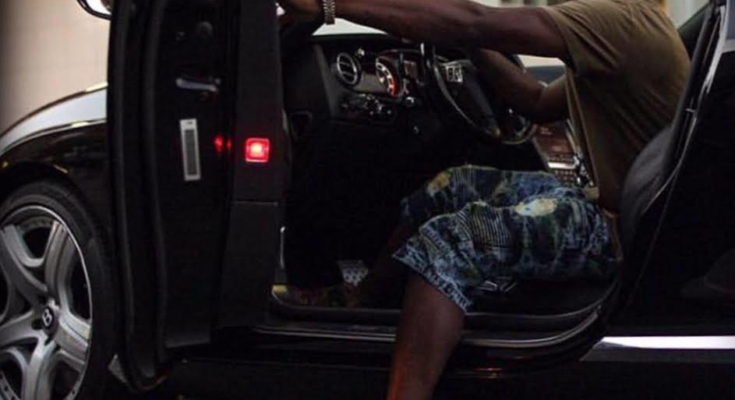 New York, New York (December 20, 2017) – Chaz-O illustrates the process of greatness on debut EP The Great. The 7-track project which features all original music is scheduled to release early next year.

“In life, greatness is generally overlooked by the average person,” says Chaz-O while wandering the streets of Los Angeles, California in The Great EP trailer. His debut project will explore the depths of his commitment to achieve greatness as a rap artist. Heavily inspired by the sunshine and bright lights of southern California, the Bridgeport, Connecticut rapper is ready to share his rags to riches story with the hip-hop community.

Chaz’s lead single, “I’ll Be Damn” is the perfect preface. The music video features Chaz ditching his dead-end job as a dishwasher to follow his muse of becoming a rap superstar. Music video director, Edwin Escobar highlights the dividends of Chaz’s epiphany. The visual interpretation has sentiments comparable to 50 Cent and Nipsey Hussle’s music. All three rap artists advocate ambition and hard work.

“I was tired of a mediocre lifestyle,” said Chaz-O when asked what inspired him to create The Great EP. “The inspiration behind each song is just being motivated and going out to get what you deserve.” The Great EP is a how-to-guide for people that want to transcend in life. “My music will resonate with people of all ages.”

The Great EPs track listing includes “Watch Me Get It,” “The Great,” “Get Use To It,” “Leader of the New School,” and “Ain’t Playin Wit Ya.” “Get Use To It” features emerging rapper Duce Banna.

He overcame many personal obstacles in the downtrodden city of Bridgeport, CT and declares himself “The Great” at the conclusion of the trailer. His debut 7-track EP The Great is scheduled to release early next year. Fans can watch the music video for the lead single, “I’ll Be Damn” now.