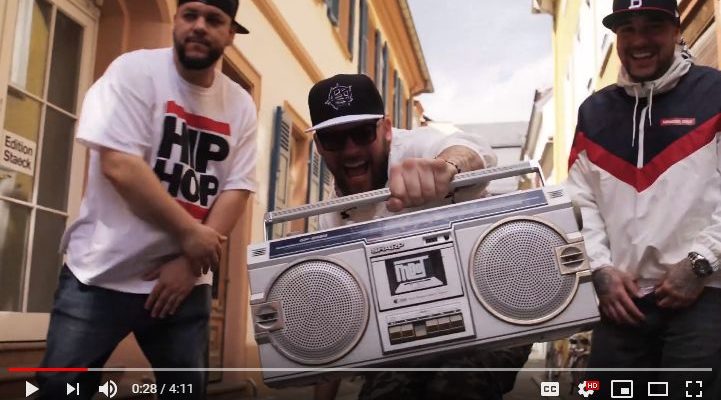 Boston Super-group EMS (aka Experimental MindState) bring you “Rapscallions” the 1st single off their long-awaited debut on Own Lane Music. The single, produced & directed by Agent Dan (Mannheim, Germany) features M-Dot, Revalation & Kore (3 members of the 7 man crew). The EMS debut (Title & Date TBA) will feat. production from Buckwild, !llmind, Confidence and many more!! Stay Tuned for date & tracklist info!
The crisp visuals, compelling architecture and stunning scenic shots take place in the beautiful city of Heidelberg, Germany filmed while EMS was on tour. The single will also appear on Agent Dan’s album “I Do It MA Way” coming later this year.