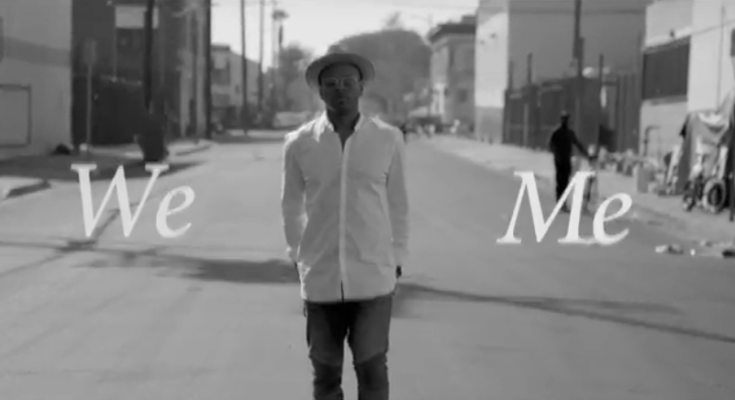 With so many distractions from what really matters, multi-Grammy nominated singer/songwriter/producer Stokley releases a new video for his song “We Me.“ The song is featured on his new album Introducing Stokley (click here).  A gift to his fans to help motivate them and keep their focus, Stokley acknowledges the part that music plays in our everyday lives. He’s also asking that fans join in and take to social media to talk about what role they will play in changing their communities with the hashtag #webethechange.
His current single “Organic” (click here) is currently #10 on the Billboard & Mediabase Adult R&B charts. The lead single “Level” (Click Here), which addresses the need and desire to find someone who compliments you spiritually, emotionally and intellectually, peaked at #1 on the Billboard Adult R&B Song and #3 on the BDS R&B Radio charts as well as over 1.8 Million streams on Spotify. In addition, he is making several appearances around the country in support of the album as well as with  The Revolution paying homage to the legendary Prince.  For more information, fans can log onto his website www.istokley.com.