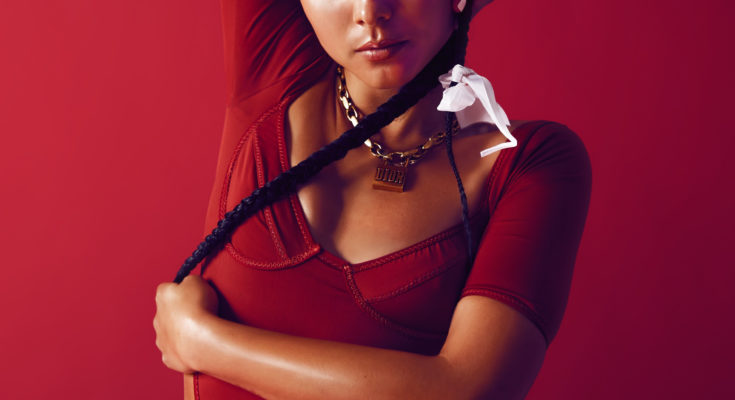 “Overflowing with incredible energy, the tinted colours are wonderfully over the top, with Lila Gold piecing together trop-pop, reggaeton, and bubbling electronics.”
Clash Magazine

“Lila Gold is creating her own wave in pop music with psychedelic visuals that are just as stimulating as her new tracks. Lila’s music, which is tied with synthy progressions and rhythmic bass, encompasses her ethereal emotions.”
Westwood

“The pop-synth tune is a perfect composite of raw emotion that romanticizes Gold’s deepest insecurities, as she dances in between alternate dimensions.”
PERJUS

“Big Sad Eyes” adds another layer to Lila’s whimsical world, lyrically mirroring her own mixed bag of emotions — depressive thoughts, anxiety, heartbreak —  but all tied up in an infectiously catchy, synth pop bow.

Stay tuned for more news from Lila Gold in 2019.

“Big Sad Eyes” is out via Mushroom Group now.
Buy/stream it on Spotify, Apple Music, Amazon, and more.