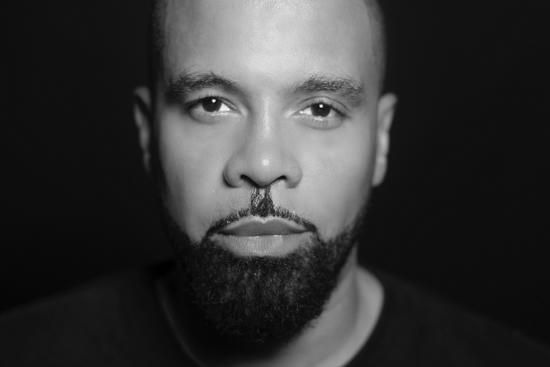 “THRILL“, from Alt-R&B/Soul Crooner RUSSELL TAYLOR.  The VH1 You Oughta Know Artist alumni is beyond thrilled to return to the music scene with a new single, a new EP and a national promotional tour coming this fall.  In the past, you might have listened and enjoy the smoothness of his voice on national tv shows, such as; “Black Ink Crew“, “Degrassi The Next Generation“, “ABC’s The Fosters” and many others.  Well, the time has come for you to fall in love all over again with the crooner that is Russell Taylor starting with his new single “THRILL“.

“THRILL“, which without a doubt foreshadows the tone and tenor of the album – a cerebral yet soulful thrill ride that will weave in and out of genres, mixing, matching and defying categorization. It will be an atypical delight for the music enthusiast!  The song was written and produced by Russell Taylor & Tim Kvasnosky.
AUDIO LINKS: “THRILL” by RUSSELL TAYLOR
Spotify – https://play.spotify.com/album/1BQktcWLKBKYjzhwpRIBMC?play=true&utm_source=open.spotify.com&utm_medium=open
(mp3 format available upon request)
Fresh off the heels of the critically acclaimed “War of Hearts” album, Russell is set to release his 4th studio project entitled “TIN MAN“ in the Fall of 2017. A collection of tunes that run the gamut of emotions of a man in search of his heart, “Tin Man” is sure to put words to feelings for music listeners everywhere. A short promo run this Spring including sold out shows at the Apollo and Blues Alley, a video for NPR’s Tiny Desk and multiple media appearances in major cities across the U.S. have proven the fan connection true; not to mention the enormous amount of support he has received from the VH1 franchise. After being voted one of the network’s You Oughta Know Artists in its first ever crowd sourcing contest, Russell’s music stayed in heavy rotation on the network. He was also featured on VH1’s The Morning Buzz Live and the 60 second mini-performance segment Stop/Watch. Music fans may have also heard War of Hearts on television shows like The Fosters, Degrassi the Next Generation, Atlanta Exes and Black Ink Crew.
Russell says, “I live a life of gratitude. I am grateful for this God-given ability and that I have been so well-received for so long. I am grateful for all that we have achieved with War of Hearts and to all of the people – my team, my friends, my followers – who continue to support me on this journey. And it is a journey. It’s a marathon not a sprint!”
CONNECT WITH RUSSELL TAYLOR:
Website – www.RussellTaylor.net
Facebook – www.facebook.com/RussellTaylor
Twitter – @RsoulStar
Instagram – @RSoulStar
THRILL #HASHTAGS
#THRILL, #WHATSYOURTHRILL, #THRILLBYRUSSELL