First, rising artist Aaron Camper brought the “Heat” and now he brings the “Fire“, exclusively premiering the explosive new record via MILK.  “Fire” is a brand new track from Aaron’s forthcoming mixtape – due this fall.  Listen here.  The NSFR produced record is Aaron’s third release from a series of buzzing singles from the project.  In addition to the single premiere, MILK also released an amazing photo series featuring Aaron and got the chance to chat with Aaron on the success of his previously releases singles, his fans, and more.  Catch Aaron Camper next Wednesday, October 11 at 9PM at Rockwood in NYC.
Stream “Fire” Below : 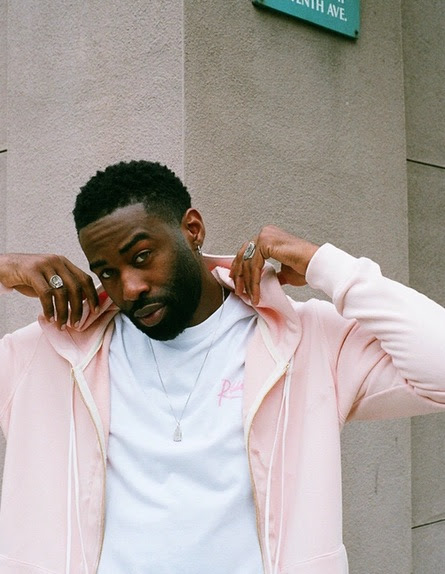 “THE FIRST SINGLE CAME FROM AN HONEST PLACE, SO AS LONG AS I’M CREATING THAT WAY, NO ONE WILL BE LET DOWN.”

The makings of a big star from a small town, Aaron grew up in Salisbury, MD. The soulful singer is the son of a preacher and has been around music all his life, evident in his ability to not only sing and write but to also play guitar and drums. Influenced by artists like The Winans, Phil Collins, Al Green and many others, Aaron set the course to become a well-rounded artist and performer. Charismatic, stylish and talented – Aaron Camper is a singer/songwriter who is traveling the world, capturing the hearts of fans along the way. Having shared stages with major acts like Justin Timberlake and Chris Brown, Aaron has honed his craft as a dynamic performer.

As a writer, he has worked with a myriad of artists like David Guetta, Jill Scott, Diddy and BJ The Chicago Kid to name a few.  Last year, Aaron released his buzzed about EP Blow.  The lead single “Hypnotizing” has garnered over 10 million streams on Spotify to date.  Aaron is currently gearing up to release his highly anticipated EP Summer Camp.

KEEP UP WITH AARON CAMPER