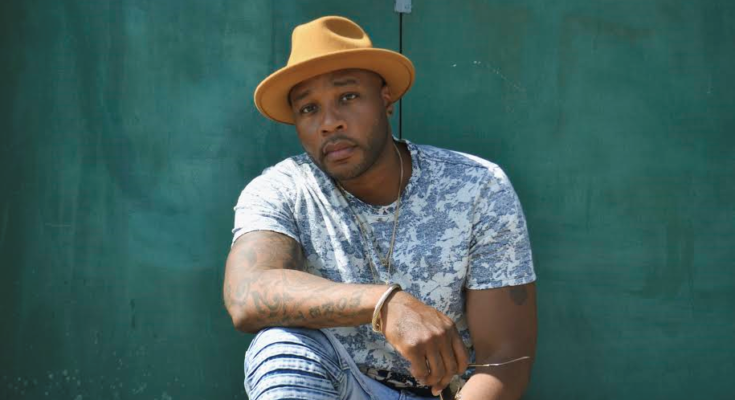 Directed by J. Lufair, the video is set in SoCal! Noble says “[Never Know] reflects all those ‘what if’ interactions we have on the daily. When you meet someone while you’re out, you never know what the outcome will be and since sky’s the limit, I decided to perform it in the sky.” It’s a Vibey song about taking a chance on a new relationship delivered in the way only He can! A hooky simple song spitting game that will have you bouncing and pushing repeat! Cuz hey, ya never know!

Over lush cinematic production, the vocalist’s voice immediately transfixes with each undeniable verse and a robust powerhouse hook. Building palpable increasing excitement among fans, “Never Know” heralds the arrival of his forthcoming new project, ELEVATION, which will drop this fall.

“Never Know” follows up his last explosive single “Stolen Moments” [feat. LaChardon], which earned praise from YouKnowIGotSoul, Singersroom, and more. However, as with every project he does, ELEVATION goes even deeper. The record features guest spots from Shaggy, LaChardon, and Keisha Renee, among others as it veers from social commentary to soulful crooning

Regarding what to expect from ELEVATION, Noble said, “Elevation is currently a constant theme in my life. I realize I consume music and create music from an elevated place. Sometimes that means a mental elevation or rolling up or having a drink. I always want my music to be a source of some elevation. A way of heightening whatever moment you’re in. This project represents an elevation in my sound and in my career as well.”

ELEVATION represents a milestone for Noble as he confidently attracts the spotlight to himself with inimitable crooning and singular songcraft.

Gene Noble is an accomplished, Grammy-nominated singer-songwriter who has written for some of music’s top artists, including Chris Brown, Jason Derulo and Faith Evans. His 2016 single “Only Love” (feat. Pitbull and Shaggy) reached Top 40 status and was played on radio stations all over the world. Noble has toured with Usher, Chris Brown, Jay Z, Alicia Keys and Lauryn Hill. His highly anticipated debut EP – Rebirth of Gene, was rated a “Top 20 R&B Album” by Rhapsody and charted Top 20 on the iTunes R&B chart. Gene’s album, ELEVATION is slated for release this fall.