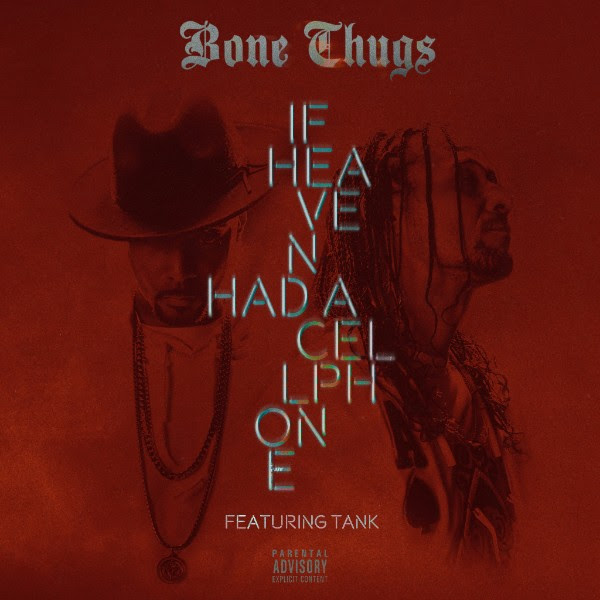 Watch “If Heaven Had a Cellphone” via Vibe.com here

(New York, NY – June 9, 2017) – Bone Thugs — Bizzy and Krayzie Bone — release a new video for track “If Heaven Had a Cellphone,” feat. Tank via Vibe.com today. This is the second track from the duo’s forthcoming album New Waves, due out on June 23, 2017. The track, which is a lyrical follow up to the Bone Thugs N Harmony smash “Crossroads,” imagines what it would be like to speak to loved ones who have passed.

“If Heaven Had A Cellphone” is available on all DSPs and as an iTunes Instant Gratification track, meaning, fans who pre order the album via iTunes receive “Cellphone” as an instant download.
About the track, Krayzie Bone says, “This song really awakens the imagination of the listeners–any listener. Although I don’t believe in the afterlife, all of us at some point have wondered about this after the loss of a family member or close friend. ‘The What If’ scenario comes into play and you ask yourself, ‘What if I had a direct line to speak to my decease loved ones just one more time?’ Or if heaven had a cellphone and you had a direct line to God, what would you ask him, or talk about? So this song really makes a person think about this, even myself as I was writing it song. ‘If Heaven Had a Cell Phone’ is very strong and uplifting, feel good music!!!”

Bone Thugs previously released the single “Comin’ Home,” an ode to their hometown of Cleveland. Watch that video here.

Together Krayzie Bone and Bizzy Bone have taken on the shortened, straight-no-chaser moniker Bone Thugs for their long-in-the-making, tag-team release New Waves. The star-packed, 14-track project is yet another chapter in the rich history of the five-man troop.