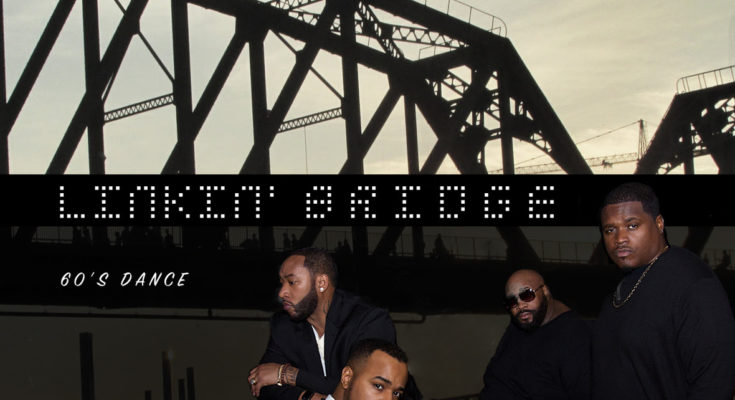 Linkin Bridge is an award-winning singing group from Louisville, Kentucky who reached stardom when they landed in the finals of the eleventh season of NBC’s hit show America’s Got Talent. They are best known for their warm harmonies and emotional performances which are driven by their passion for music. The group formed in 2015 and is comprised of Montre Davis, a smooth crooner and baritone soul singer, Shon “China” Lacy, a rhythmic gritty tenor, Ralph “Big Rome” Kimbrough, a vocal powerhouse who sings first tenor and Elliott “The Kid” Nichols, an energetic and versatile vocalist.

Their recently released single “60’s Dance”, produced by “More Sungz” AKA “Dustin Que” and co-produced by Montre Davis and Ralph “Big Rome” Kimbrough, is from the group’s highly anticipated album entitled “Expressions Volume 1”. Linkin Bridge has appeared on Jimmy Kimmel Live and has performed the National Anthem at the Kentucky Motor Speedway for NASCAR and Churchill Downs for “The Oaks” which both aired on NBC Sports as well the “Derby Eve Unbridled Gala” at the Galt House Ballroom in Louisville, Kentucky. They also appeared at the Kentucky State Fair in August 2019 for America’s Got Talent “Wave 3” event promoting the show’s November auditions being held in their home town. The group has graced numerous red carpets and received several write ups in major print and online publications. “60’s Dance” is a melodic feel-good song now available on all digital platforms. To see and hear more from Linkin Bridge log on to www.wearelinkinbridge.comand follow them on social media @LinkinBridge.