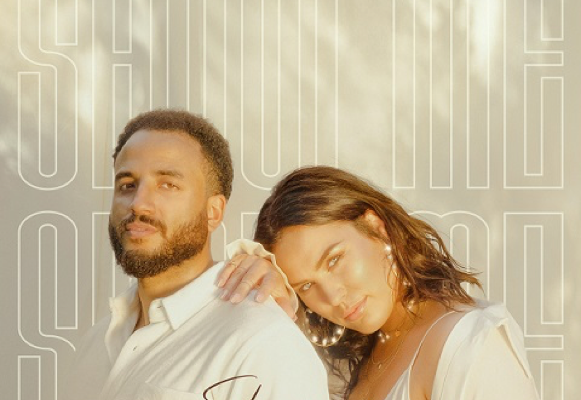 Out August 9th Via Cosmos Music
Listen to ‘Show Me’ Here

Molly Hammar, the Swedish chart-topping RnB sensation hailing from Stockholm, has teamed up with fellow artist Kim Cesarion to release their stunning co-written duet ‘Show Me’ on August 9th via Cosmos Music. Produced by Pontus Persson, ‘Show Me’ is the third single from Molly’s forthcoming EP to be released autumn 2019 and follows hit singles ‘No Place Like Me’ featuring Big Narstie and ‘WORDS’.

A spirit of adventure, independence and self-discovery continues to shine through Molly’s latest offering which carries a strong positive message “bring back the romance!” Molly said warmly about the song, “Both myself and Kim are hopeless romantics, so when we got together in the studio for the first time it was clear that we were going to write a song about love. I hope that people who listen to the song will join us in spreading loving vibes to the world.”
Molly Hammar grew up with jazz musician parents and Kim Cesarion has a background in classical music, but it is through their shared love for R&B and pop that they found each other musically.
Kim Cesarion had his breakthrough in 2013 with his debut single ‘Undressed’, a track that has amassed more than 24 million YouTube views. He returned last year with the EP ‘Bleed’ from which the lead track had its world premiere on a plane to SXSW in Austin.
“Seizing the opportunity to work with one of the best voices in Sweden was a total no brainer for me said Kim. Me and Molly have a similar approach to the creative process the producer Pontus Persson was the perfect match. Now I’m just really excited about sharing the single and to delivering some Zouk vibes this summer!”
Previous singles from Molly’s hotly anticipated second EP have garnered widespread media support across the UK and globally from the likes of BBC Radio 2, BBC 1Xtra, Channel 4, The Line of Best Fit, Complex, NYLON and Idolator to name but a few.
The next few months will see Molly Hammar complete a short summer tour in Sweden and release a second EP that finds Molly baring her soul on the dynamic within relationships, her own identity and lost nights out in London.
‘Show Me’ is released through Cosmos Music on August 9th and the full EP will follow in the autumn.