The 2,350 square-foot exhibition will include a timeline of the genre’s history, artistic murals depicting the roots of Hip Hop and classic artists, a replica of the IRT 4 subway train, a giant Aerosol spray paint canister installation representing the culture’s history through graffiti, a virtual DJ stand for visitors to test their musical skills and more. For the month of December, the space will also celebrate the 40th anniversary of Kurtis Blow’s song “Christmas Rappin.” Visitors will get a first look at the future permanent Universal Hip Hop Museum with a virtual tour of the space and a 3D model. The museum is slated to break ground in 2020 and open in 2023 at Bronx Point.

“We are thrilled to partner with the generous team at Related Companies and Bronx Terminal Market to bring the Universal Hip Hop Museum to life at this marquee location, “ said Rocky Bucano, Executive Director of The Universal Hip Hop Museum. “Kurtis Blow, LL Cool J and I first walked the space with Auster just a few short months ago and we instantly knew it was the perfect space for our inaugural exhibition prior to the opening of our permanent location in 2023. It’s important to share the history and message of Hip Hop and we are thrilled we can bring part of the museum to the Bronx and the world early.”

“We are excited to partner with Rocky and the team and offer space that will bring the Universal Hip Hop Museum to The Bronx years earlier than expected,” says Avi Kollenscher, Senior Vice President of Related Companies. “Their mission to celebrate and preserve the local and global history and future of Hip Hop music not only honors The Bronx and its role in the history of music but it helps to further establish the area as a thriving community. We are extremely proud to be a part of it and excited that we were able to make it happen as part of our holiday celebration.”

The exhibition opening will follow the Bronx Terminal Market’s annual “Winter Wonderland” which will take place on Tuesday, November 19 from 5:30 PM to 7:30 PM. The event is free for the public and welcomes the entire neighborhood to celebrate the holiday season with a special tree lighting alongside the NYPD and FDNY, music by WBLS, winter crafts with the Bronx Children’s Museum, art projects with Bronx Native, pictures with Santa, giveaways by local retailers, and more.

This year marks the 10 year anniversary of Bronx Terminal Market, the one-stop shopping destination in the South Bronx. Located in the heart of The Bronx just under the Major Deegan Expressway at Exit 4/5 just across Yankee Stadium, Bronx Terminal Market dates back to 1935 and is a vibrant mix of modern architecture, diverse shopping, and colorful history. With nearly a million square feet of retail space, and parking for 2,600 cars, it offers some of the best, most convenient shopping around for miles. Built on a sprawling 17-acre site, the variety of stores and restaurants is growing all the time. Visit the corner of East 149th Street and River Avenue and you’ll see the same flagship building, with the famous relief lettering, that’s been a Bronx landmark for generations. 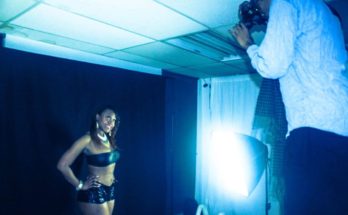 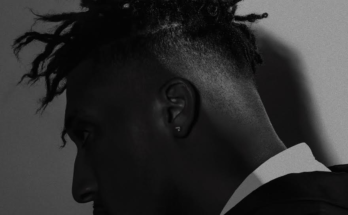