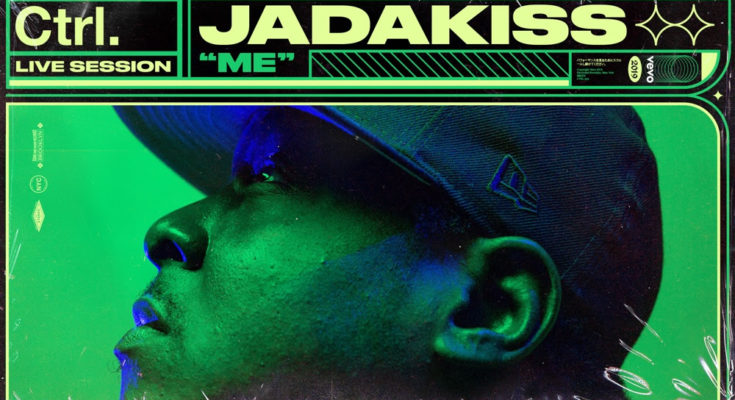 Vevo announces Jadakiss as the next artist in their Ctrl series with performances of “ME” premiering today.
Vevo’s Ctrl series highlights the work of hard-hitting, cutting-edge musicians making an impact in today’s music scene – both emerging and established. These artists demand attention, and Vevo’s Ctrl shines a deserving spotlight. Shot in Vevo’s Brooklyn studio, Jadakiss’ performance follow sessions from Rick Ross, Common, Rapsody, Jeezy, A$AP Ferg and more.
American hardcore rapper Jadakiss, known for his distinctive gravelly voice, made his mainstream debut in 1994 as a member of the East Coast rap trio the LOX before affiliating with DMX’s Ruff Ryders in 1999. Born Jason Phillips in Yonkers, New York, he got his start as a teenage freestyle rapper before joining with Sheek Louch and Styles P to form the Warlocks crew. After signing with Bad Boy Entertainment, they simplified their name to the LOX. After the release of their debut, they jumped from Bad Boy to Ruff Ryders. They issued the sophomore effort We Are the Streets in 2000 before Jadakiss released his debut solo album, Kiss tha Game Goodbye, in August 2001. Three years later, his second album, Kiss of Death, was released. The album featured “Why?” and “U Make Me Wanna” featuring Mariah Carey. In 2007, Jadakiss made another move, this time to Jay-Z’s Roc-A-Fella Records. He issued his third LP, Last Kiss, in 2009. The album featured guests such as Swizz Beatz, Mary J. Blige, Young Jeezy, Pharrell Williams, Nas, and LOX comrades Styles P and Sheek Louch.
After releasing the 2011 mixtape I Love You (A Dedication to My Fans), he dropped “Big Boy Dialogue,” which was slated as the lead single from his fourth studio album. However, that effort — Top 5 Dead or Alive — wouldn’t be released until late 2015. His fourth effort, Top 5 did just that, debuting at number four on the Billboard 200 and topping the R&B/hip-hop chart. A third LOX LP, Filthy America…It’s Beautiful, arrived in 2016. The following year, Jadakiss teamed up with Fabolous for the collaborative album Friday on Elm Street. Inspired by horror icons Freddy and Jason, the Def Jam release peaked in the Top Ten and featured guests like Future, Swizz Beatz, French Montana, Yo Gotti, and Styles P.
“ME” is now streaming on all platforms. Keep up with exclusive content from artists all over the world on YouTube.com/Vevo.
ABOUT VEVO: Vevo is the world’s largest all-premium music video provider, offering artists a global platform with enormous scale through its distribution partners. Vevo connects artists with their audience globally via music videos and original content, working directly with them to find unique ways to bring their music to life visually. Vevo also works with emerging artists, providing them with a platform of global scale and reach, to find and grow their audience. Reaching 26 billion monthly views globally, Vevo has over 400,000 music videos in its catalogue.